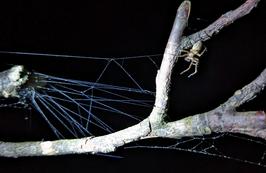 The white, silky egg sacks left by some species of spiders are not the only way spiders choose to parent their young. Pictured are three other approaches, practiced by: wolf spiders, nursery web spiders, and common house spiders.

Wolf spiders (Pictures 1-3), due to their habit of not making webs, carry their eggs on their abdomen. They have even been studied to spend more time in the sun when carrying eggs, to maintain a warmer temperature for egg development. Upon hatching, spiderlings (juvenile spiders) remain on the mother's abdomen as they grow, up to several weeks.

Common house spiders (Picture 5) weave tier egg sack and keep it right in their web, where it remains until it hatches, and spiderlings will remain in the web for several days, slowly dispersing. 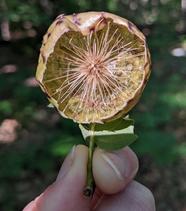 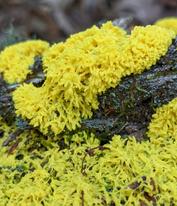 All photos taken prior to 8/17 by Sarah Crosby onsite at The New Weis Center. 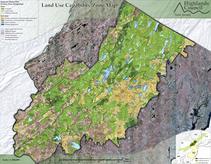 Unlike frogs who grow a lot as a tadpole, toads go through metamorphosis quickly, and then do much of their growing when emerging onto land. These toadlets, the size of your fingernail, often all emerge from the water at the same time, which leads to the ground being covered in hundreds of them, which you may walk right by thinking they're bugs!

A benefit to the strategy of emerging from the water early is that the toads can evade aquatic predators more quickly. As you can see in one picture, there are predators waiting on land as well. This is why emerging all at once is another beneficial strategy, as it is more likely more toads will be able to survive to reproduce.

How many toads can you spot in the last picture? 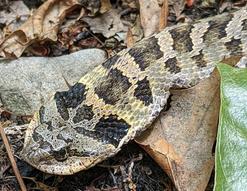 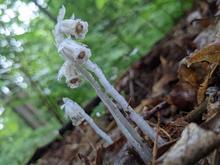 Despite looking like a fungus, and being named a mold, slime molds are actually neither of those things, and are in their own taxonomic group. These organisms move along the substrate they grow on, topping out at speeds of 1mm per hour, in search of their food: mostly bacteria and spores from fungi, mosses, or ferns.

The oak apple gall is formed by a wasp, and there are several oak-apple gall wasp species, that will utilize different species of oaks. The wasp lays her egg in the leaf, along with a chemical that causes the leaf cells to mutate to form the flesh of the gall. The egg will hatch inside, where the larva will develop until it becomes an adult and exits the gall through a tiny hole.

These wasp species have two generations per year, the one that we see on the oak leaf during the summer, and another that develops on the roots of the oak during the winter.

In the last picture, a millipede crawls into the tiny exit hole made by the hatched wasp.

When we think of nocturnal life in the forest, some of the first animals that come to mind are often owls, bats, or raccoons. However, many other small animals come alive at night too. Spiders, millipedes, and craneflies are some of the creatures you may observe being more active and engaging than the usual daylight encounters.

You also can get a closer look at the different predatory strategies of spiders as well. You can see one spider weaving a web, one on the hunt searching for prey, and one lurking in a hole waiting for something to walk or fly by. Millepedes, on the other hand, are primarily detritivores, eating dead leaves and wood along the forest floor. Craneflies feed rarely as their main adult purpose is mating, but when needed, can gather nectar on flowers, and are completely harmless to people. 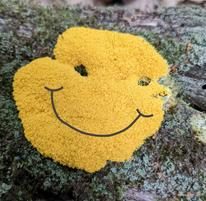 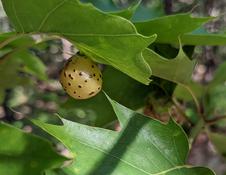 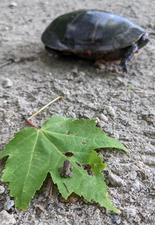 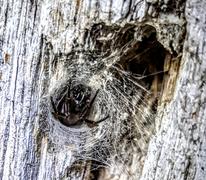 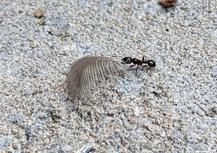 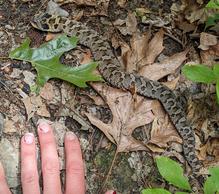 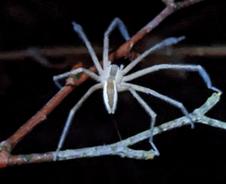 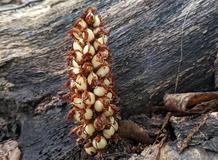 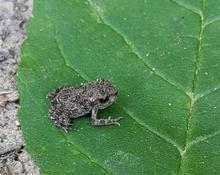 Daddy longlegs (order Opiliones) are indeed arachnids, but are actually more closely related to scorpions than they are to spiders. Unlike spiders, they do not have venom and are not exclusively predatory. These creatures search along the forest floor and along trees and plants, seeking out anything from decomposing matter, to fruits, to dead or living insects. Without venom or speed as a defense from predators, daddy longlegs can drop their legs in case of attack, and the dropped leg will twitch in an attempt to distract the predator as it gets away.

If you look closely in the video, you can see the moving chelicerae (organs by the mouth to assist with eating) as the daddy longlegs eats, standing along the trunk of a tree.

Views from the Field!

Ants make up an estimated 15% of earth's biomass, with a huge diversity of species. Their social structure is complex and scientists are learning more and more about how different species communicate with both their own colonies, and with others. Ants recognize individuals from their own colony, so are able to know when it is necessary to defend their territory, often by a fight to the death, against outside ants. 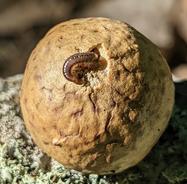 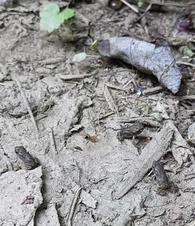 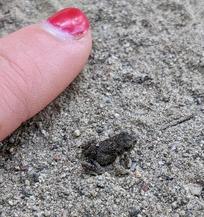 "What?! There's no way that's New York City- it's so far!" Many of the kids summiting a mountain around Weis exclaim exactly that, bewildered at how immersed we are in the woods, but still not all that far from such a big city. The New Jersey Highlands region can be characterized by the bedrock of its mountains, much of it is gneiss, with the highest peaks made of granite. The highlands, a part of the greater Appalachian mountain range, stretch from down in southeastern PA, through NJ and NY, up to Connecticut [check out the last picture for the NJ section].
These mountains house a range of habitat types, creating a diversity of plants and wildlife, right in our home state, which is the most densely populated state in the country. The Highlands' proximity to millions of Jersey folks has made it a space where so many learned and grew their relationship within the natural world. 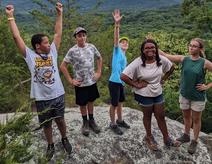 A less common local species that challenges our notions of snake behavior, hognose snakes have several defenses that they'll use prior to striking a predator. First, they often take the position of curling up, and then flattening their head out to mimic a cobra, a more dangerous snake. They'll lunge towards the threat in this shape, to scare it off. If this doesn't work, they can then play dead, committing to this act for up to 45 minutes.

Hognose snakes can be identified by the unique shape of their snout, which is curved upwards, so they can dig in the soil. 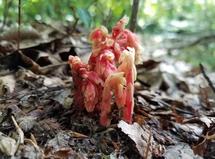 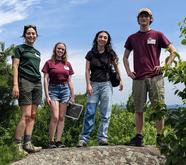 Many plants are green because they contain the green chemical chlorophyll, which is what allows them to do photosynthesis. Not all plants are green though, and have adopted other strategies then using the sun for their source of energy. Some plants are actually parasites, getting energy from other organisms to survive. Each species pictured does this a little differently, too: 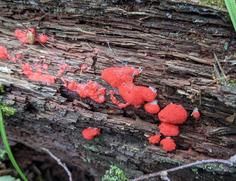 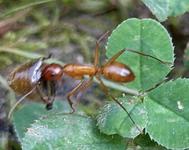 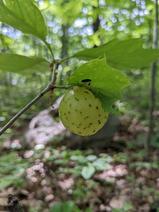