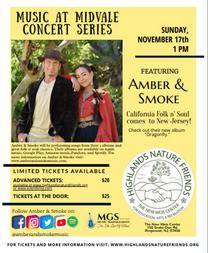 ​​E'lissa Jones is a beautiful singer, prolific songwriter, violinist, pianist, and guitarist. She is an exceptionally talented artist with a wide range whose songs embrace audiences with powerful melodies and expressive lyrics. Influential styling ranges from folk to rock in her catalogue of over 250 original songs. Born into a musically gifted family, E'lissa began singing and playing piano around the age of five. Jones wrote her first song at the age of seven and began studying violin at the age of ten. By eleven, she was writing love songs and short classical works for violin and piano. While classically trained as a violinist, E'lissa is largely self-taught as a vocalist and a plethora of other instruments she performs with.

E’lissa has toured the world as a backup singer as well as the exceptional artist that she is. Throughout her career she has performed and toured with many legends and has recorded and released six albums, Shadows from her teenage years (1997), This Melodie (2003), Anymore (2008), Sweet as the Sun (2010), Like Water (2011), CD Fire & Sun (2015), & her latest single Forever Girl (2017) . E’lissa’s music has been used in the soundtrack of the film Strings Attached and the film When the Dust Settles. Currently, E'lissa continues to perform her original material in the New York Tri-State Area and is working on a new release and US tour. Learn more about E'lissa at www.elissajones.com

​2020 is a year many will never forget. Loretta released her new single “Not Now” on April 1, 2021, in advance of her upcoming album to be released late 2021. "Not Now" is a song about hope and the will to survive. Award- winning singer-songwriter Loretta Hagen wrote the song during COVID-19 after hearing the heartbreaking stories of people fighting for their lives, alone in hospitals. ​Learn more about Loretta at www.lorettahagen.com

Growing up in a musical household, Rave began playing piano at an early age, and developed an affinity for all styles of music. He began his career working on the Jazz scene in and around New York with numerous groups and leaders. His reputation soon led to national and international tours as a side man with singer Frankie Randal, rock and roll hall-of-famers "The Shirells" and the minimalist pop group "Tirez Tirez", led by Mikel Rouse.

Rave is a keyboardist, composer, producer and engineer, and is perhaps best know for his long-standing collaboration with singer Annie Haslam and her progressive rock band "Renaissance". Serving as a co-writer and producer, Rave worked on several of Haslam's solo projects as well as the 2001 Renaissance "live" from Japan CD, "The Land of the Rising Sun", and the most recent Renaissance studio album, "Grandine il Vento", on which he also served as primary producer.

In addition to his work in jazz and pop music, Rave has written and recorded numerous works for film and television. He is also an educator, and is featured as such in the public television series, "Exploring the World of Music". Currently, Rave is finishing up his third CD with the Rave Tesar Trio, following the success of the albums "You Decide" and "Defragment Now". The trio has received high critical praise, with "You Decide" having been presented as one of the favorite piano trio releases of 2008 by several jazz critics. 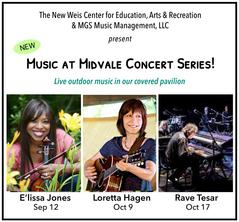 Amber Olive and Bill Rotella have a unique vocal blend and dynamic stage chemistry. Amber Olive has a rich, soulful voice and a captivating stage presence. Bill Rotella (Smoke) is a prolific singer-songwriter with 10 albums and plays a variety of guitars as well as harmonica and ukulele. In addition to their original music they perform great renditions of retro folk n’ soul classics.

Amber & Smoke headline, open for national acts and perform more than 150 shows a year in CA. Their music can be found on iTunes, YouTube, Spotify and most music platforms. For more information visit: AmberandSmokeMusic.com. An MGS Music Management Production.

Join us for an outdoor afternoon concert in our covered pavilion, nestled among the trees! Seating is limited, and advance ticket purchase is required. Parking is available near the main building, where the restrooms are located. Alcohol and smoking are not permitted.